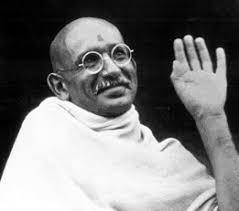 To see Brittany’s portfolio of targets and reflections for the Global Ambassador Award please follow: www.casbrittanytang.wordpress.com

To fulfill the, learn to speak more than 1 language component, I dedicated 4 years to learning French throughout high school and used this skill to communicate with French speakers in my home town.

Brittany was also awarded the King Constantine Medal for her commitment and contributions to the IDEALS of Round Square when living and studying in Thailand.  She also helped establish the Brittany Tang Award for Outstanding Global Citizenship which annually recognises the achievements of one young person as a global citizen and awards them a bursary to support a project or partnership related to their personal Global Citizenship Award.

Congratulations Brittany on being an amazing Global Citizen.  We look forward to hearing about your progress and achievements in becoming a Global Mentor. 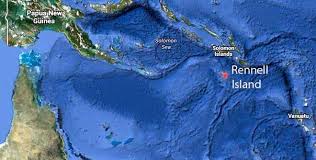 How has globalisation and interconnections impacted the economic and social development of the world’s countries over the last 200 years?

How and why has this development varied globally, nationally and regionally (locally)?

Why are languages and traditions important?

More than 250,000 people were killed by the Asian Tsunami on 26th December 2004 but not one Moken sea gypsy person was killed by the tsunami on Koh Surin in Thailand – why?

What can we learn from this with regards to the challenges that way face through globalisation and interconnections?

The Regents International School Pattaya hosted the Round Square International Conference in October 2010.  The student chosen theme was inspired by Father Joe Maier and based on community partnerships and service learning – We Walk Together.

77 schools and 850 delegates from every habitable continent attended the two week conference.  What was your highlight of the conference?

The 2010 Round Square International Conference Statement:

We must establish a long-term relationship with our environment and community. We must build upon the foundations of what we already have and give everyone an equal opportunity to  pursue their goals.

To do this, we will:

Walk without pity, doubt and apathy,

Walk with empathy, conviction and humility,

Take small, careful and sustainable steps along the way.

Because if we don’t walk today, we will have to run tomorrow.

We Walk Together Glove Dance, choreographed by Yeoi Shin Jung and performed by the Student Steering Committee

We Walk Together, music by Amit Garg and sung by RS 2010 Student Steering Committee

“interconnect” (verb) (of two or more things) to connect with or be related to each other: The problems of poverty and unemployment are all interconnected.

Place the following nine ways that places and people are interconnected in a diamond (1, 2, 3, 2, 1) rank order based on which ones you think HAVE had the largest impact on people and changing places and environments up until today (substitute any of them for a better example that you think is missing):

Place the same nine ways that places and people are interconnected in a diamond (1, 2, 3, 2, 1) rank order based on which ones you think WILL have the largest impact on people and changing places and environments in the next 20 years (substitute any of them for a better example that you think is missing).

Place the same nine ways that places and people are interconnected in a diamond (1, 2, 3, 2, 1) rank order based on which ones you think SHOULD have the largest impact on people and changing places and environments in the next 20 years (substitute any of them for a better example that you think is missing).

Things to think about:

Why are interconnections and inter-dependencies important for the future of places and environments?

How do people participate in an interconnected world?

How should global citizens participate in an interconnected world?