Target: To be fluent in at least two languages.

Growing up, I was lucky enough to be exposed to three different languages: Dutch, English and Thai. It is difficult to pinpoint which language would be considered my mother language, because it all depends on what definition is given to the concept of ‘mother language’. If it entails the first language that was spoken, it might even be Laotian because I lived with my Thai grandparents for a while, who live in the North of Thailand and speak with a Laotian dialect. 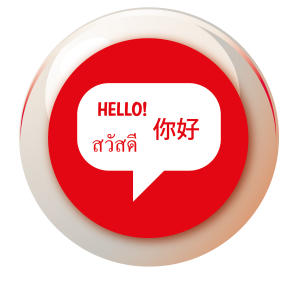 Speaking more than one language

During my time at The Regent’s School Pattaya (2000-2006), I became fluent in English. This caused my knowledge of the Dutch language to diminish, because I never practiced speaking it. As a result, I had to spend a summer reading Dutch children’s books before I returned to a Dutch secondary school at the age of 16. Going back to a Dutch school before university has helped me tremendously, since most of the lectures were given in Dutch. At present, I am proud to claim that I can speak and write both Dutch and English at an academic level.

I want to enrol in an online course to learn how to read and write Thai. I think this will be beneficial for my career, since I want to work with marine conservation NGOs in the Southeast Asia region.

Target: To complete a bachelor’s degree at university

In October 2013, I received my bachelor’s diploma in Marine Biology from the University of Groningen. There have been points, especially in the first year, that I doubted my abilities to participate at such a high academic level. At first, I feared that I wasn’t good enough, but later on, I realised I had to change my ways of taking notes in class as well as adjusting my study methods. I also learnt that it made a huge difference whether I had an affinity with the subject; I preferred ecology over bio-medical subjects and received higher grades in the former. 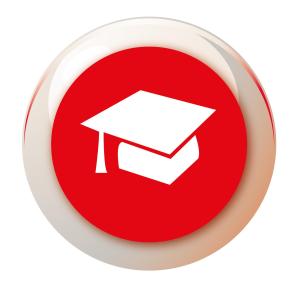 I am currently working on completing my two-in-one Master’s degree. What I mean by this, is that I am actually completing two degrees, but at the end I will have one diploma. This means I will have a Master’s degree in Biological Sciences, with a track in Limnology & Oceanography, and a major in Science Communication. I hope I haven’t lost you there! To complete my first year of Limnology & Oceanography, I still have to hand in my research paper, which I’ve been procrastinating on, because I’ve stopped believing in the project. In short, I researched the nutrient uptake dynamics in a particular species of seaweed, but because my lab results weren’t very good, I’ve lost all my motivation to complete my internship. My goal is to finish it before the end of the year and work with what I have!