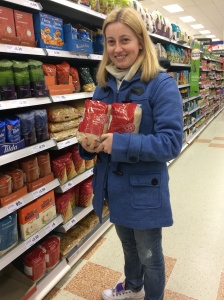 Over the last few months I had seen many of my friends and colleagues do the Ice Bucket Challenge but for some reason it did not feel right for me. I had read on Paul’s blog about the rice challenge that some people were doing instead. It started in Angola where water is scarce and it would not be appropriate to waste water so they changed it to the rice. Then last week Paul nominated me to do the rice challenge. I had seen Paul donate his rice but living in Scotland I knew it would be quite different. So first of all I looked online for local food banks and found one quite close. Unfortunately the first thing I saw on their website was an appeal for urgent items, there was 5 items and 3 of these were chocolate, brown and tomato sauces. I reflected on if you were truly desperate for food, would chocolate or brown sauce be one of your top things. I suppose it goes back to poverty in the developed world is a very different poverty than that in the developing world. 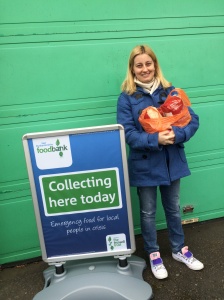 at the food bank

I bought my rice and visited the food bank with my mum, there was no big ceremonial handing over of the rice and the people working there were polite but not particularly talkative. I had wanted to find out more about who visited the food bank, what were their situations but this was not possible.

When I returned home I remembered seeing a woman being interviewed on the BBC a few months ago. Her name was Jack and was a single mum with a baby son. She had to give up her job as it was impossible to work and look after her child. She calculated that with the money from her benefits and her outgoing expenses she had £10 left each week for food. She took a different approach from visiting a food bank, she went to the library and started looking for recipes which were healthy but also kept within her budget. She then started visiting her local shops to find out what time they discounted their food each day and with this information she started to live her life with her £10 a week. Jack started her own blog with her recipes and has built her life from quite a humble start with her son but she demonstrated that working hard and being resourceful is the best teaching tool for her son. 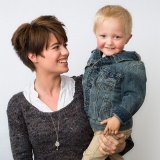 In comparison to this there are quite a few stories of families in the UK who are living on benefits but who seem to spend their money on unusual things in their circumstances. One example is a family with children in North Wales. They do not work and their only income is through benefits.  Each week they spend £15 on Sky TV, £32 on mobiles and £240 on shopping which includes 24 cans of lager, 200 cigarettes and a large pouch of tobacco. It astounds me that a family would spend so much of their benefits on lager, cigarettes and SKY TV.

I remember meeting a lovely man whilst I was in South Africa on the RSIS service project, he was the gardener at the centre. He was a gentle man who was a grandfather and was already in his 70s. He was very cheerful and did not ever give you any idea of worry or need in his life. But one day through general chatting he told me that he walked to work each day as it meant he saved the money of the bus. The walk was 3 miles each way, so 2 hours of walking each day just to save his bus fare. The money he saved was not huge but he told me that it all adds up. Would people in the developed world consider doing this to save a little bit of money, unfortunately I think not.

All people have to take responsibility for their lives and to better themselves. I wonder in the UK, do people just expect to be looked after. If there was no welfare state would there be a motivation that it is up to you to better yourself, not the government to provide.

It is a terrible thing in this world that in the developed world we have people in poverty, children in poverty and families visiting food banks but there are procedures in place to ensure a child will not die of hunger in the UK. If we saw a child living on the street in the UK it would be reported straight away. In many developing countries countless children live on the street and people walk by them each day as they slowly die of hunger without a second glance behind. Each year 2.6 million children die of hunger.

On Thursday 18th September the Scottish people had the extraordinary opportunity to vote for or against independence. It was very interesting living in the country leading up to the day, things were much tighter than perhaps people could have hoped for. For me it was very inspiring seeing the pupils in my school who were eligible to vote throwing themselves into politics. Many that I spoke to had taken time to research the different options and thought carefully about their vote. They each took their vote seriously and felt they were making a difference in their country. Once they had made their decision they were passionate about their vote and got involved in the campaigning. Also in the school the younger pupils also were engaged. Even though they could not vote many had decided what they would have voted. There were many lively debates and discussions heard around the school, in the classrooms and in corridors.

But what struck me the most was how lucky I and the Scottish people were to have our democratic right to choose, to be able to go on the streets and campaign and engage with people and tell them what I had democratically chosen. There are many people in the world who do not have that right and in some cases do not have the freedom of speech.

I have a friend who told when he votes in his country, you go into the booth, mark your card with “your choice” then someone “checks” you have chosen the candidate that the government has decided will win then you put your card in the box. This is happening today! In these countries they would be arrested for campaigning for their candidate if it was not the chosen one. Today there are 5 communist countries where people do not have the democratic right to openly vote, there are also many more countries which have restrictions about freedom of speech and freedom of the press. According to the Press Freedom Index 2014 “the bottom three countries freedom of information is non-existent”. The Index lists 180 countries and Eritrea is 180th, North Korea 179th and Turkmenistan 178th. Other countries which have terrible records for free speech are Cuba and China and both these countries have the biggest prisons in the world for journalists according to the Press Freedom Index.

There are also countries where criticism of their religion or monarchy is illegal and people are imprisoned for committing these crimes.

All the information about lack of democracy and freedom of speech makes me realise that on Thursday 18th September 2014 along with 84% of the Scottish population we cast our vote in a democracy with no fear of imprisonment. 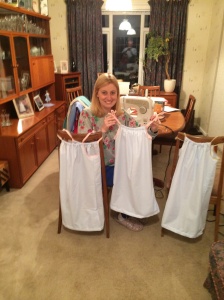 I started sewing earlier this year. I wanted to be free from being told what to wear by fashion and be creative. I also started making little things for other people, bags, lavender sachets etc. Then recently I saw online about a woman called Lillian Weber. She is 99-year-old and for the last two years she has been making dresses for girls in Africa through an organisation called Little Dresses for Africa.

Lillian Weber making dresses for others

So far she has made more than 840 dresses and she plans to make 150 more by next May which will mean on her 100th birthday, she will have made her 1000th dress! I was so impressed by this lady, she took her talent and decided to do something with it beyond her own life. I looked into this organisation and decided I could start making dresses.

The organisation mainly gives the dresses to girls in orphanages and to families who would have to choose between food or clothing but could not pay for both. I was horrified to read that during one of the trips to Sudan, they gave the dresses to little girls who were wearing absolutely nothing. Clothing is a basic necessity and one of the UN Universal Declaration on Human Rights. Having clothes gives you an identity, gives you a purpose and dignity. People who live in the developed world have no idea what it is like to have nothing to your name and how having one item of clothes which is yours only, you don’t have to share, just yours, can be the little seed which will grow. The charity’s motto is “We’re not just sending dresses, we are sending Hope”

We all have talents and gifts, when I was sewing my dresses I was thinking I was sending these to African countries and that my dresses would be saving the children. These dresses will not change their lives in a day and I am not saving these children. But it is a partnership, these children deserve the right to have the opportunity to develop into global citizens and to take up their place in their community and the world. One of these girls could become the leader of their country and allow it to prosper and years down the line they will teach me.