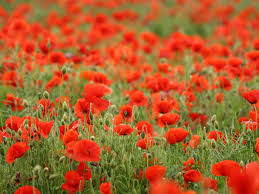 In October 2011 myself and a group of five students of different nationalities had the opportunity to visit the World War One battle fields in Belgium and northern France prior to attending a student conference in the UK.

Personally, the three days that I spent visiting the battlefields, was one of the most moving and significant learning experiences that I have ever experienced.  I was extremely grateful to have such a knowledgeable guide and passionate historian with us, bringing real meaning and context to every site we visited.  I am determined to return again in the near future, hopefully sometime during the next four years – the 1st July 2016, to commemorate the fist day of the Battle of Somme would be particularly special – and share my thoughts and experiences with my own children.

I would like to share with you this four minute video clip that the five students put together for our Remembrance assembly the following November back at school.  I think it gives a powerful perspective through their own eyes and I hope that they too realise the significance of the next four years when they reflect on their memories, emotions and the impact visiting the battlefields had upon them.

We Will Remember Them